One of the more controversial marks with a possibility of being Spanish in origin is the Five Punch mark. This marking consists of five individual punch marks placed in a pattern similar to that of a “5” on a dice. This has given the mark the nickname of “Dice Mark” in the Mosin Nagant collector community. The mark itself is most often found on the barrel shank of a rifle. It is possible, though much more uncommon, to find this mark on the receiver of a rifle as well. This Dice Mark has gained a reputation as being a Spanish mark due to a high number of cases in which the mark is found on rifles with Spanish Civil War features. Other collectors have stated that the marking is only a hardness test and can be found on Mosin Nagant’s outside of the scope of the Spanish Civil War. So what are the possible origins and meaning of this mark?

The true history and nature of this mark is something that cannot be easily determined. However, one important thing to note about this mark is that it has been identified on rifles with very specific Spanish Civil War features. These features include the “Made in USSR” mark, which is a feature specific to Mosin Nagants imported from Spain. Therefore it would make sense to determine that if Soviet in origin, the Dice Mark dates back to at least prior to the mid 1930’s when the rifles were shipped. There is also the possibility that the marking is actually from a US imported who brought these rifles into the country. Unfortunately at this time there is no real way to completely decipher the meaning of the Dice Mark. In the future, however, a few important facts may help shed light on this mysterious mark:


Until the time comes when the Dice Mark can be proven to be Spanish in origin it will have to remain only on the list of possible Spanish Civil War features to look for on Mosin Nagant rifles. 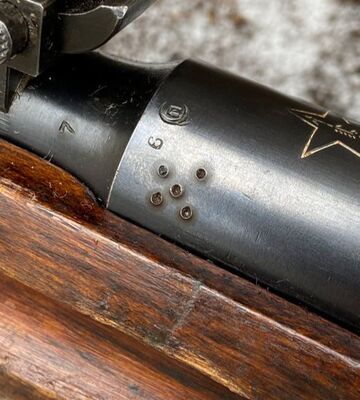 The "Dice Mark" as seen on an all original factory matching 1937 Tula M91/30. [Photo from author's collection] 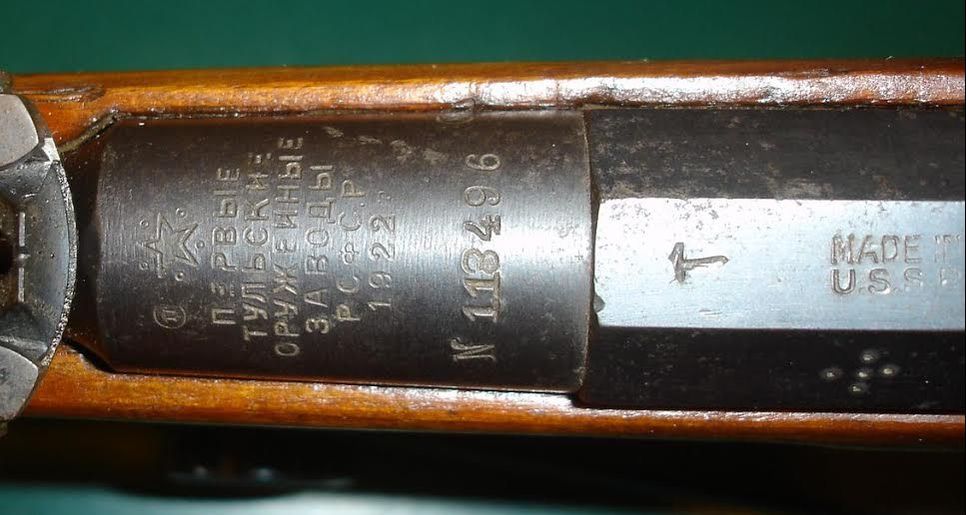 This nice example of a Dice Mark comes off a 1922 dated Tula M91. This example is also interesting in that it has a confirmed SCW marking in the form of the "Made in USSR" mark stamped on the receiver. [Photo provided by 'Alsky' of the Gunboards.com forum] 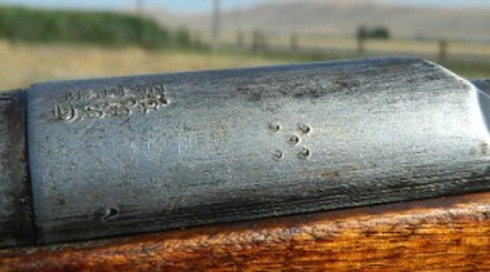 This example of the Dice Mark is particularly interesting, as the rifle in question also bears a “Made is USSR” marking, a feature specific only to rifles sent to Spain. [Photo provided by ‘Pahtu’ of the 7.62x54r.net forum] 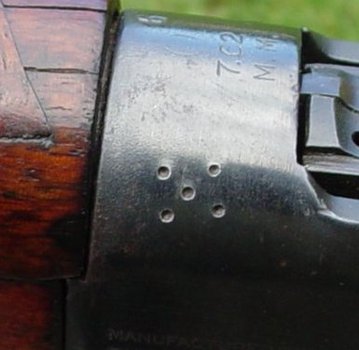 Here is the "Dice Mark" on an M1895 Winchester in 7.62x54r. Unfortunately this rifle lacks any other marks which might indicate Spanish origin. [Photo provided by 'Mike O' of the Gunboards.com forum] 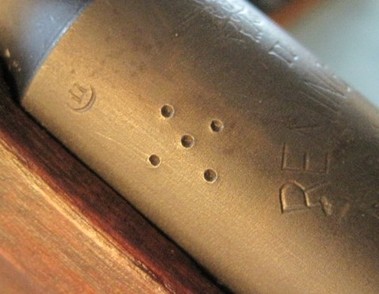 This example of the Dice Mark is on a 1918 dated Remington M1819 Mosin Nagant, which has only one possible Spanish feature in the form of wire sling hangers. [Photo provide from the author’s collection]