A Brief History of the Spanish Civil War Mosin Nagant

In the early 1950’s, the arms community within the United States saw a flood of previously unseen surplus military arms in the form of the Russian Mosin Nagant series of rifles. A huge majority of these rifles came from what many would see as a fairly unlikely source: Nationalist Spain. These imported rifles were part of a vast number of Soviet arms provided to the Republican Spanish forces during the course of the Spanish Civil War, which took place from 1936 until 1939. These rifles were part of a major purchase by Interarms owner and weapons importer legend Sam Cummings. In the late 1950's in brokered a deal that purchased nearly all of the aging Franco Spanish arsenal of rifles left over from the post-Civil War era. These Mosin Nagants were among the dozens of types of odd ball calibers left in Spanish arsenals at the time. As Spain was both desperate for money and looking to off load these outdated rifles prior to updating their own military, this deal only made sense to both parties.

Today these Mosin Nagant rifles that were part of this large importation of arms from Spain are known as Spanish Civil War Mosin Nagants. This group of rifles forms their own unique sub-category for collectors of the Mosin Nagant series of rifles, and display many characteristics that help distinguish them from other Mosin Nagants that can be found in today’s military surplus rifle market. The goal of this website is to attempt to show both new and old collectors in this field the various markings that help distinguish Spanish Civil War Mosin Nagants from the many other types that can be found today at gun shows and shops around the world. 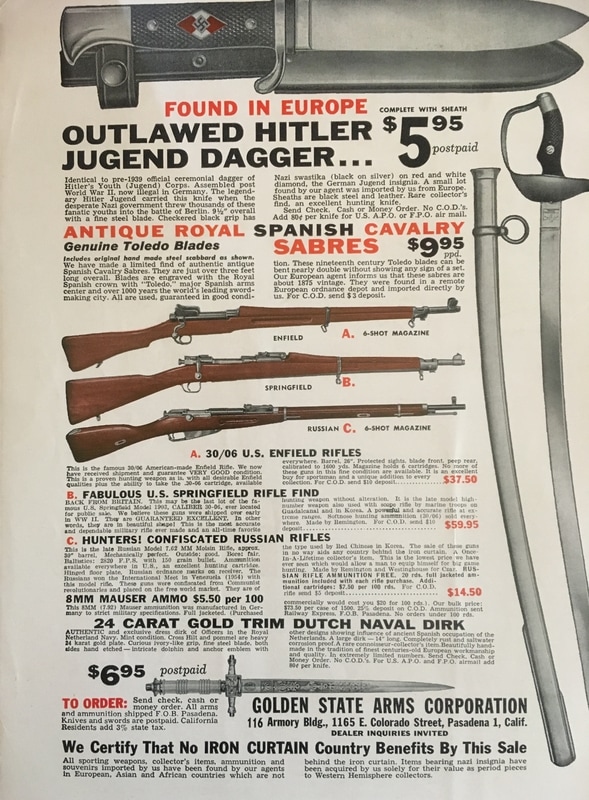 A full page advertisement from the April 1956 edition of "Guns" magazine. Prominently featured in the center of the ad are M91/30's, most likely from the first batches of imported rifles from Spain. [Photo from author's collection] 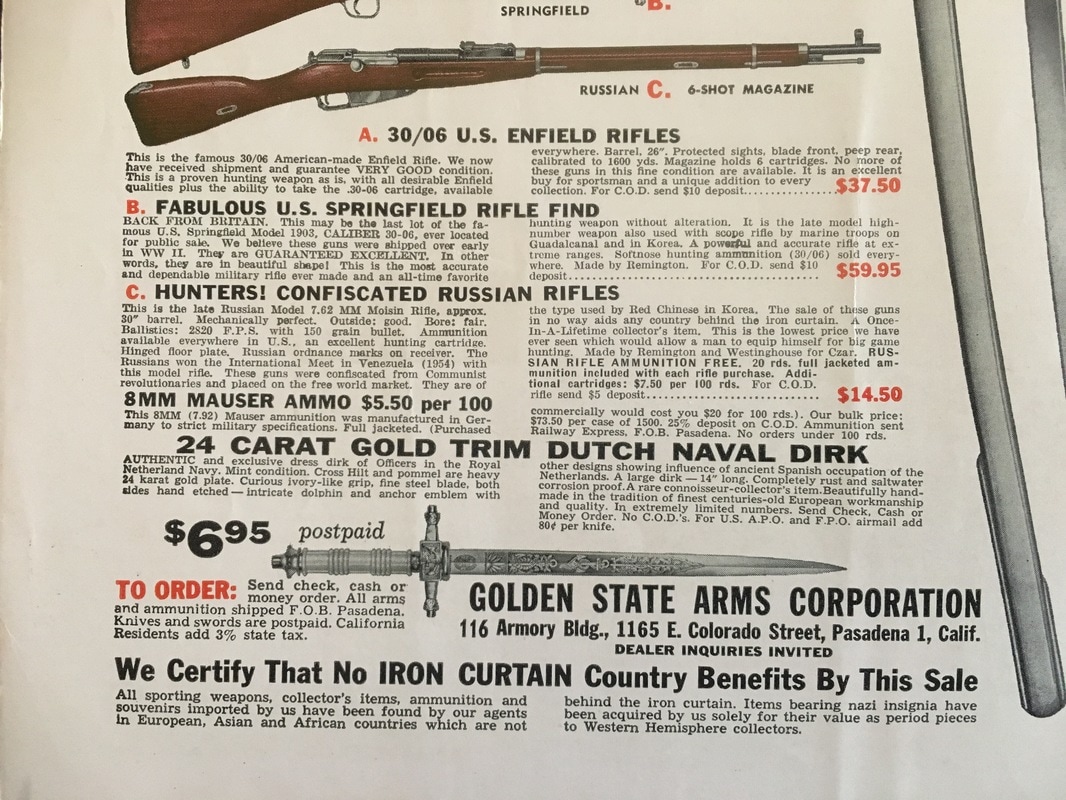 A closer image of the previously mentioned advertisement. It is particularly interesting to note the disclaimer at the bottom of the ad, which goes to great lengths to explain that the sale of these rifles does not benefit any Communist countries. [Photo from author's collection] 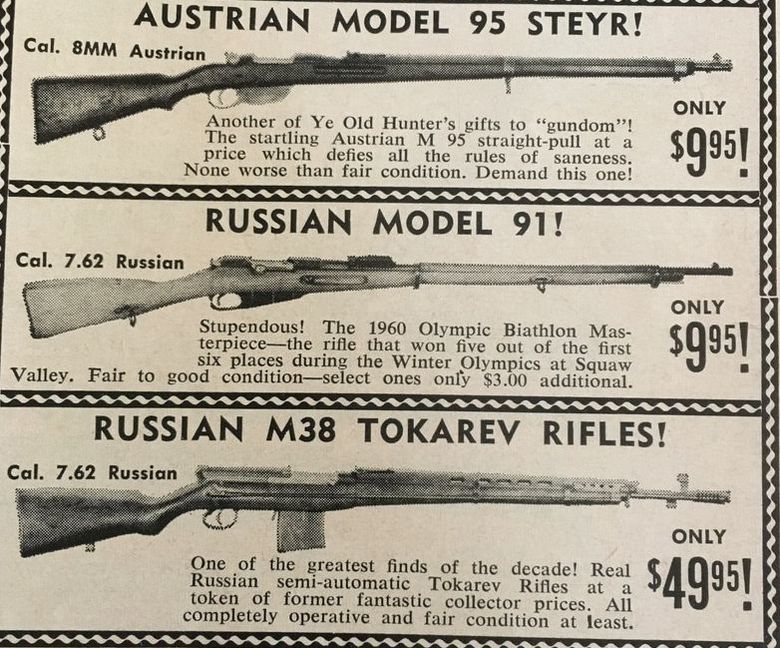 This advertisement was featured in a December 1960 dated copy of "The American Rifleman". The M91 pictured can clearly be seen to have sling swivels of a Spanish style, though due to the low quality of the image it is possible they could be Finnish as well. [Photo from author's collection]