Replacement Blade front sight:
The first miscellaneous feature of note will be the blade front sight. Prior to adopting the M1891/30 style globe and post front sight, Mosin Nagant rifles used a blade sight without a sight cover. Even the first years of M1891/30 production featured this blade style sight. This only lasted until around 1932 or so, with all rifles afterwards featuring the globe and post sight.[1] However, on many Spanish Civil War Mosin Nagants it is possible to find this blade sight on rifles dated long after the 1932 cutoff date. This is most likely the result of the Spanish replacing broken parts with what they had from the huge assortment of Russian arms they were supplied with.[2]

[1] http://7.62x54r.net/MosinID/MosinFeatures02.htm, “Soviet M91/30”
[2] Note: It is also fairly common to find Finnish rifles that would not originally have had blade front sights with one installed on it. Therefore this feature alone will not prove SCW lineage. 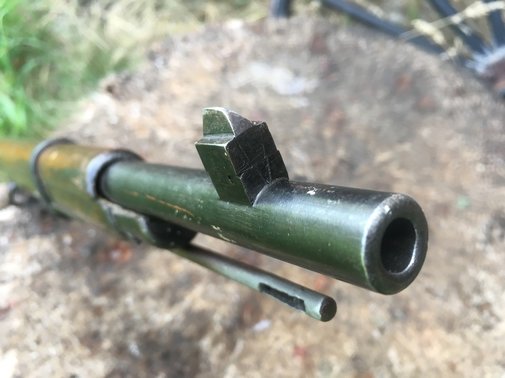 This rear sight was found on a 1937 dated M91/30 with a Spanish made stock and Made in USSR mark. This variant is not a standard Soviet or Russian type, It could likely be a Spanish made replacement. It has been found on numerous Spanish marked rifles. [Photo from author's collection] 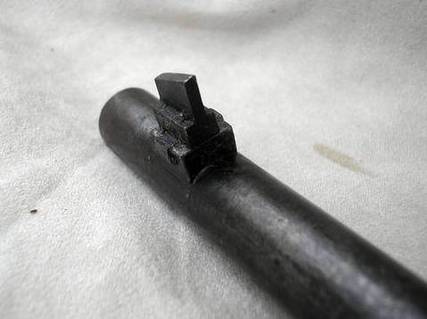 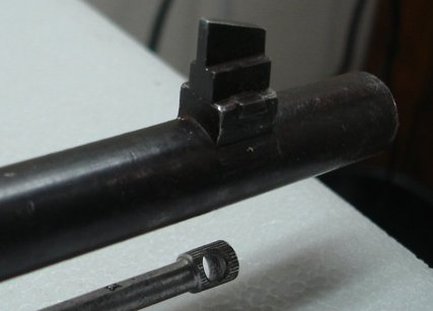 This is an example of a blade front sight on a rifle which would not originally have had one. The rifle in question is a 1937 dated Izhevsk M1891/30, which would have been manufactured with a globe and post front sight. [Photo provided by ‘Denny’ of the Gunboards forum]