As with all military rifles, the chance of the rifle’s stock being broken or damaged beyond repair is a distinct possibility. As a result, it is not completely uncommon to find Spanish Mosin Nagants with either a replaced handguard or even an entire stock.

It is also possible to find an entirely Spanish made stocks as well. These are most easily identifiable once the barreled rifle action is removed from the stock. Since these Spanish stocks were handmade, the stock will often show a more “sloppy” look than the standard Soviet stock. In particular, the in-letting of the stock will not look nearly as neatly done as Soviet stocks.

[1] It should be noted that standard M91/30 Soviet produced handguards at the time these rifles were sent to Spain had brass end caps. Correct SCW Mosin Nagants will have these brass end caps on the handguard, unless it is a Spanish replacement. 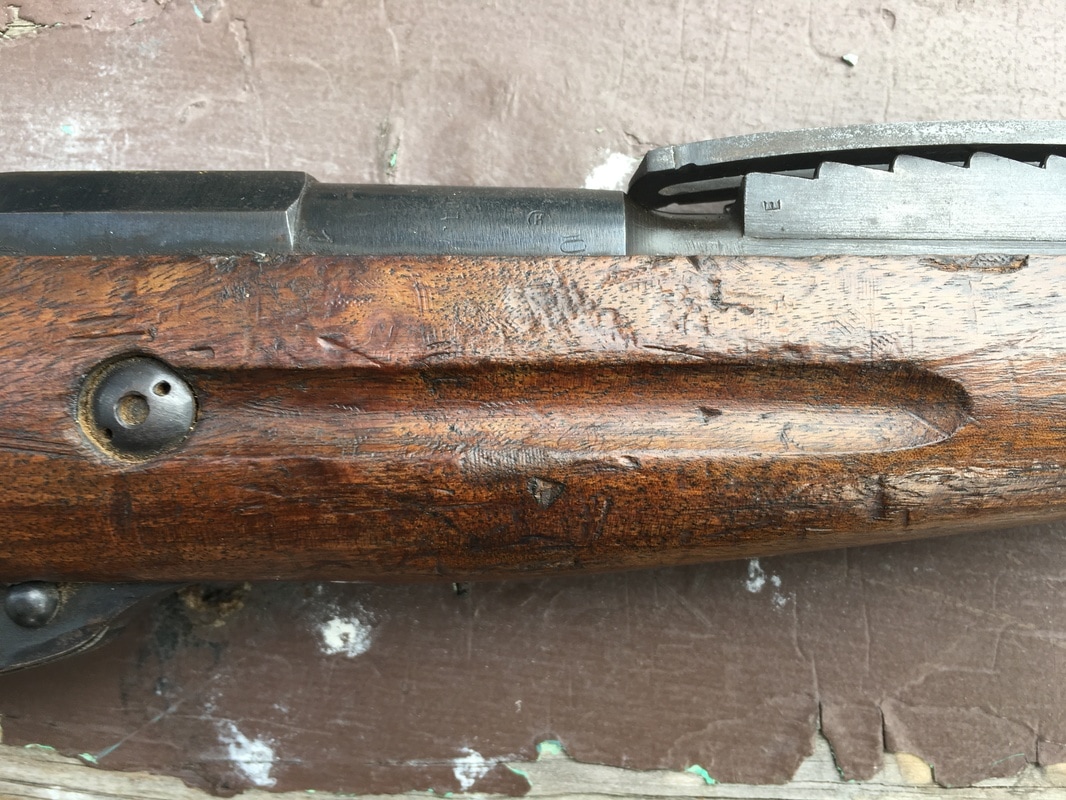 The finger grooves on this Spanish made stock are particularly crude. Note the centered cross bolt and shallowness of the grooves. [Photo from author's collection] 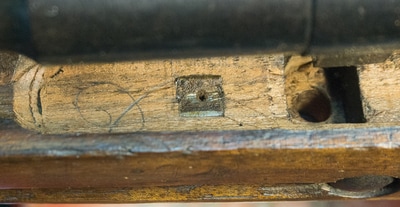 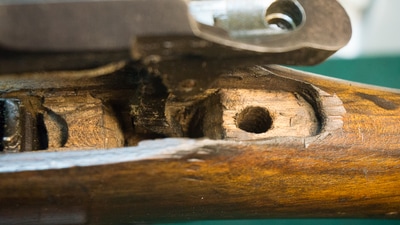 While fairly uncommon, the Spanish did make domestically produced replacement stocks for their Mosin Nagants. This example was found on a 1937 dated Tula M91/30, which also featured an "MP8 Flaming Bomb" cartouche. The grasping grooves on this rifle are particularly crude and much more thinnly cut into the stock than a normal Soviet produced example. This stock is also very interesting as it features the name "Antonio Diaz" written in pencil on the barrel channel. This name could very likely be the person who crafted the stock in Spain. [Photos proived by 'Lotema' of the Gunboards.com forum] 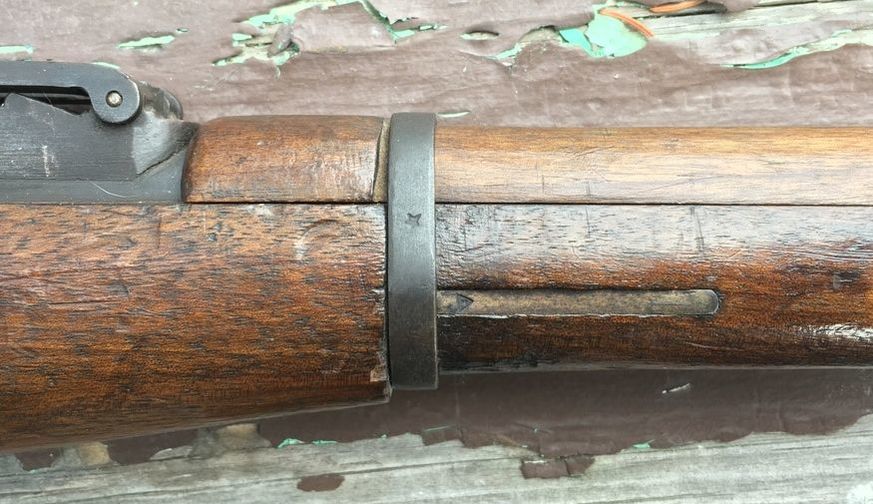 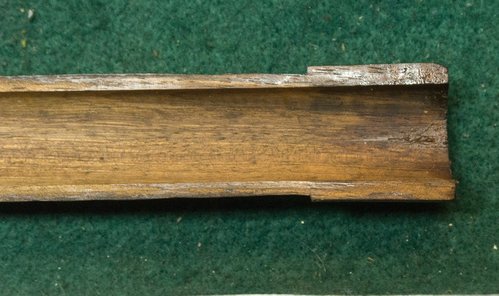 Some variants of Spanish made handguards do not feature any metal reinforcement, as seen on this example here. [Photo provided by 'Lotema' of the Gunboards.com forum] 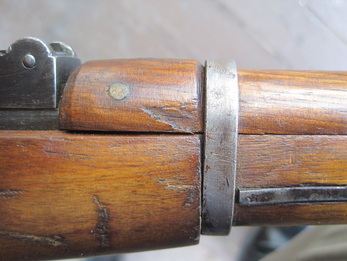 This example was found on a 1936 dated Izhevsk M91/30, which also featured a "Made in USSR" stamp on the receiver. [Photo from author's collection] 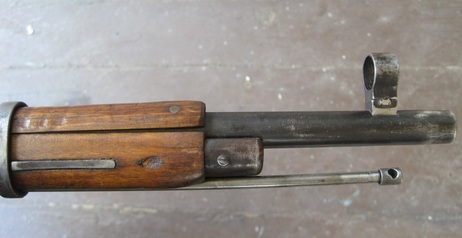 The front portion of the handguard from the previous photo. [Photo from author's collection] 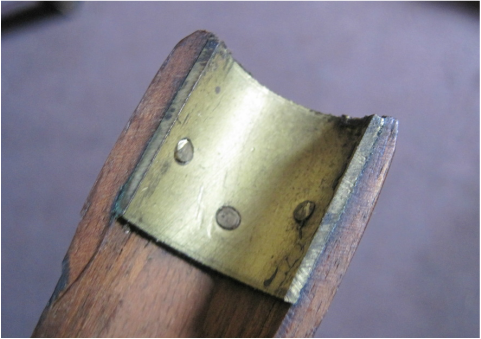 A look at the brass reinforcement piece on the inside of the previous handguard. [Photo from author's collection] 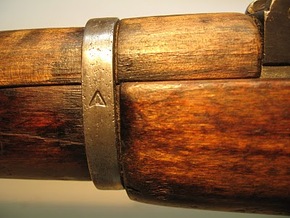 Here is an example of a Spanish replacement handguard on a 1937 Izhevsk 91/30. Notice that there is no brass end cap. [Photo provided by ‘globug’ of the 7.62x54r.net forum] 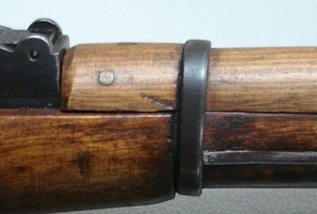 Another example of a Spanish replacement handguard on an M91/30 Mosin Nagant. Notice in this example there are brass pins holding a small piece of reinforcing metal under the handguard. [Photo provided by ‘Denny’ of the Gunboards forum.]

The underside of the Spanish replacement guard pictured above. Notice the pieces of piece of brass held in by several pins. [Photo provided by ‘Denny’ of the Gunboards forum]