With the vast majority of Spanish marked Mosin Nagants in the United States today being M91/30's, it's easy to forget that the original M91 rifles also played a role in the conflict. Today these rifles are far more uncommon than typical M91/30's and many people do not realize that some of the first Mosin Nagants imported into Spain were actually these long outdated M91 rifles.

By 1936, the Model 1891 3 line infantry rifle had been faithfully serving Russia for more than 40 years. The effects of the First World War and the Russian Civil War that followed took a huge toll on both the arms industry itself and the quality of the surviving firearms. While production of the M91 continued into the mid 1920’s, the majority of M91’s in the Russian arsenals were older dated examples that had managed to survive the turmoil of the post World War I era. By 1926 the production of M91’s had ended at both the Tula and Izhevsk arsenal and was replaced with increased Dragoon production and the soon to be developed updates that would make up the M91/30.[1] By 1930 the Soviets had adopted the M91/30 as the official replacement for the outdated M91’s and Dragoon style rifles, further pushing the remaining M91’s further down the spectrum of Soviet arms.

By the start of the Spanish Civil War in 1936, many of the now dilapidated M91 rifles had been delegated to Soviet warehouses and no longer served as front line rifles. It is possible the majority of these rifles would have sat in this condition with the rest of the warhoused Soviet arms until World War II had it not been for the start of the Spanish Civil War. [2] As is well known within the collector community the majority of the first arms sent to Spain by the Soviets were outdated relics. These include thousands of antique Gras, Vetterli, and Lebel 1886 rifles, along with more modern but non-standard caliber rifles (Austrian M95’s, Lee Enfields, Arisakas, etc). Among these early shipments of outdated rifles from the Soviet arsenals were some 25,500 M91 rifles in early January 1937. These M91’s were among the first rifles sent to Spain that were actually produced in Russia itself.[3] This shipment of M91’s was supplemented by an additional 15,000 in March of 1937 and a further 39,550 in August of the same year.[4] Shortly after this shipment the Spanish received their first modern Russian rifles in the form of M91/30’s, many fresh off the 1936 and 1937 production lines.

So considering that some 80,000 M91’s were supposedly imported into Spain from 1936 to 1938, why are there so few seen in the United States today compared to the M91/30’s? One possible answer would simply be the condition of these rifles at the time of their import into Spain. The dates of production of these M91’s with Spanish markings range from the final production of the mid 1920’s all the way to antiques of the mid 1890’s. Many of these rifles had been in use since World War I and survived the devastation of the Russian defeat in that conflict and the Russian Civil War which followed. By the time these rifles were sent to Spain it can be assumed that many of them were in a condition that was beyond being serviceable. There can be little doubt that many of these rifles just couldn’t survive the Spanish Civil War and the subsequent storage following the Nationalist victory in 1939. Attrition simply had a large effect on these outdated M91’s, meaning there simply wasn’t a great amount left to import in the massive surge of these rifles into the US market in the late 1950’s and early 1960’s.

Among the Spanish marked M91 rifles are a surprising amount of 1918 dated Remington produced examples. It is well known that during the First World War Russia contracted Remington and New England Westinghouse to produce M91 rifles to supplement their own arms production. Before the contract was completed however, the Bolsheviks took control of the country and canceled these agreements with the US arms manufacturers. This cancellation had such a huge financial effect on these two companies that the United States government jumped in and bought out the rest of the order. These thousands of M91 rifles were now United States property and were used to many ways from arming US interventionist forces sent to Russia to training purposes at home.

At the end of World War I the United States found itself sitting on these thousands of non-standard caliber Mosin Nagants and very little to do with them. While many were sold off to surplus arms companies, specifically Bannerman Arms Company, others faced an even more interesting fate. Recent documents show that an arms deal between the United States and Mexico resulted in some 5,000 of these US produced M91’s being sold between the two nations. While there is no concrete documentation proving that these rifles were shipped to Spain during the Civil War, it is well known that the Mexican government offered a great deal of support to the Republican forces. Many member of the US “Abraham Lincoln Brigade” were quoted to have seen these US manufactured rifles while serving in Spain packed in wooden crates with Mexican newspapers as packing material. One member later recalled:

“Breaking [the crates] open they found found new bolt action rifles, each wrapped in Mexico City newspapers and oozing with cosmoline....The rifles were Remingtons, some barrels stamped with the Czarist double-eagle, others with the Soviet hammer and sickle. The latter were seven centimeters shorter and a few ounces lighter....The men nicknamed their rifles ‘Mexicanskis’and the story passed into local folklore that they had been manufactured in the Untied States, sent to the Czar in 1914, copied by Bolshevik artisans, sold to Mexico for revolutionary work, and then donated to the Spanish Republic.”[5]

While it is clear in retrospect that the brigade members stories of the history of these rifles is quite exaggerated, it would seem highly likely that many of the 1918 dated Remington made M91’s entered Spain via dealings with Mexico.

Posted below are several examples of Spanish marked M91 rifles. If you have an example you would like posted on this site, please visit the Contact Me section and I will get back to you as soon as possible. 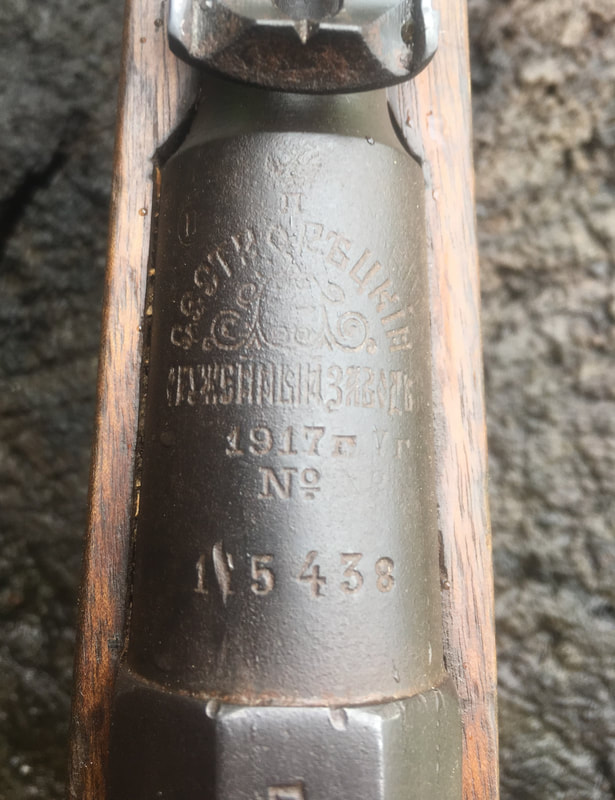 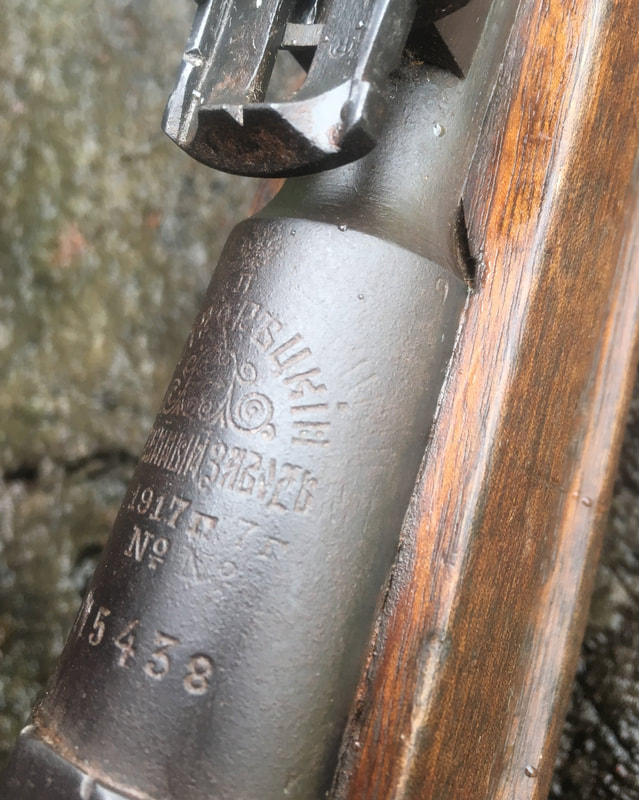 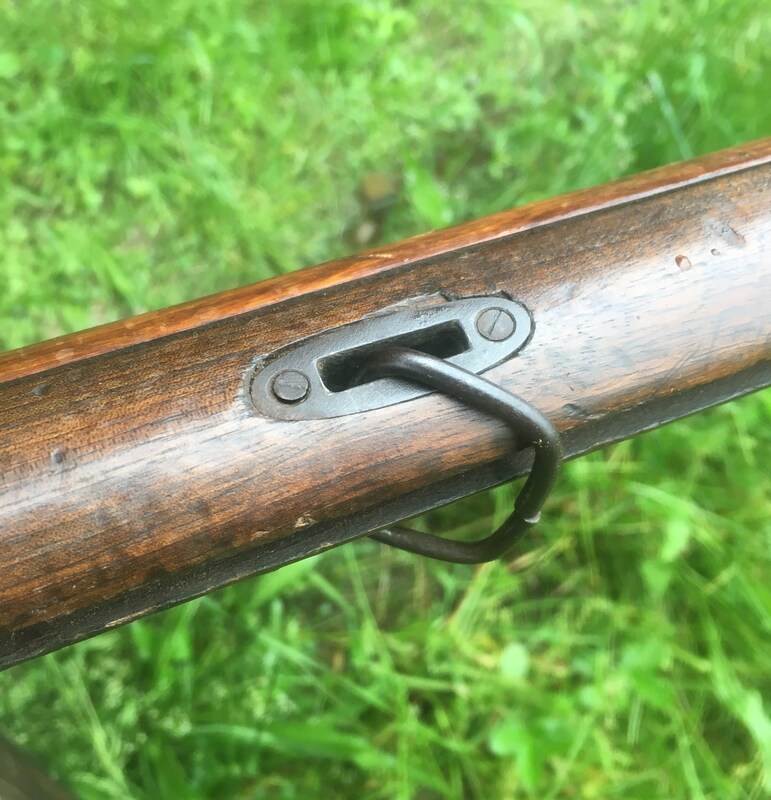 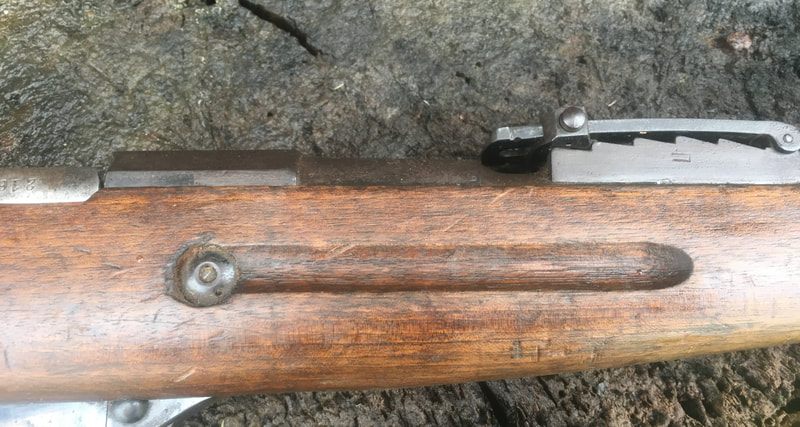 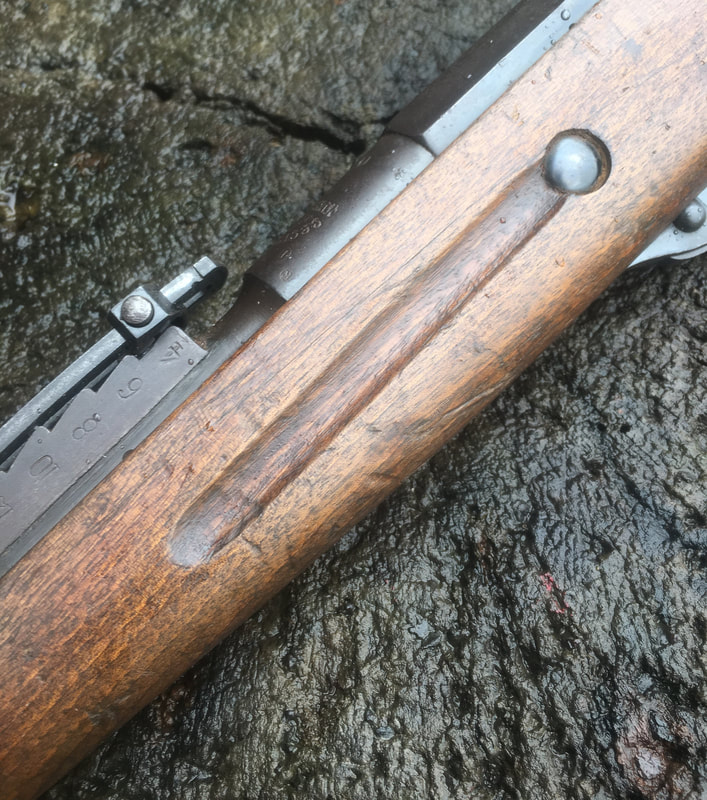 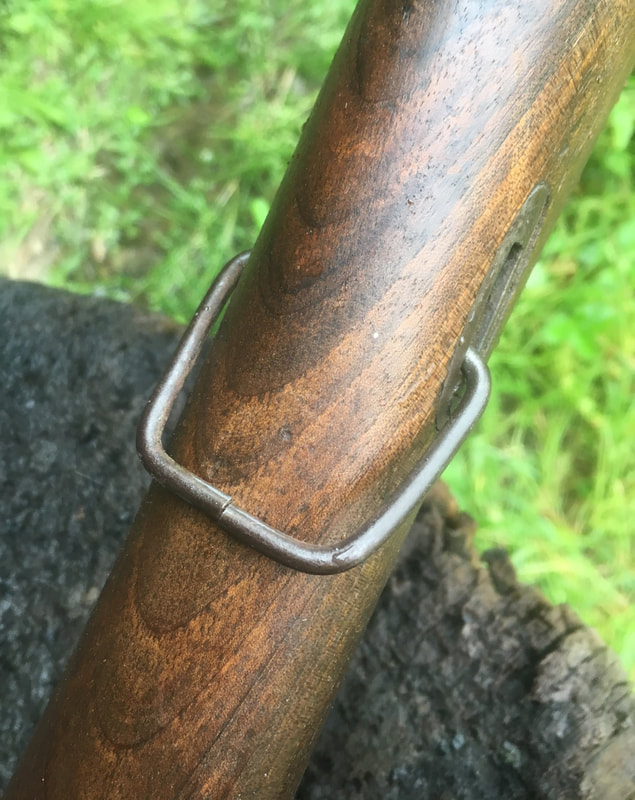 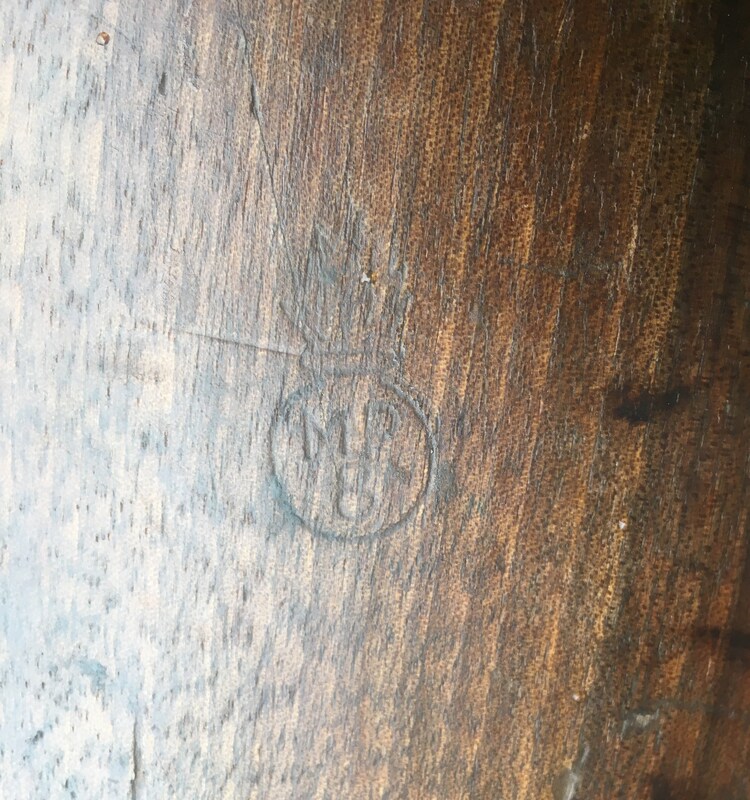 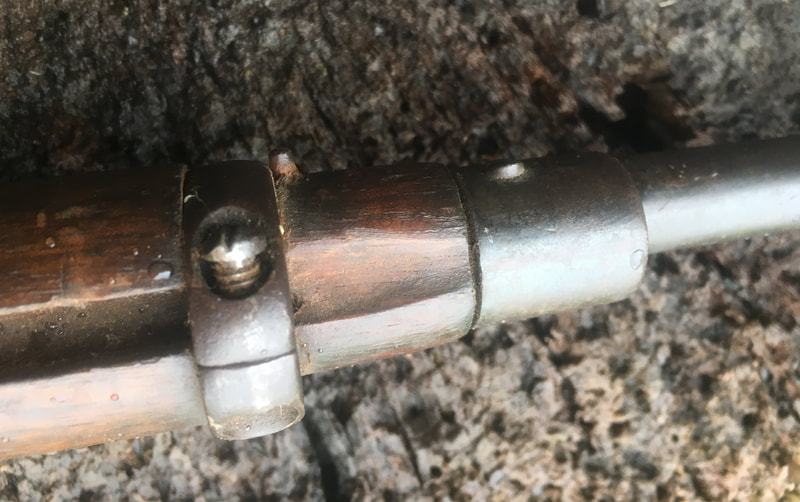 The rifle posted below is a 1905 dated Tula M91. This rifle is a good example of a typical Spanish import M91. It features a "Made in USSR" mark on the top of the receiver and wire swivels that could be Spanish in origin. The font and placement of the serial number on the floorplate is interesting. The Spanish were not known for renumbering parts on their rifles, so this could have been done in Russia or another country prior to importation. [Photos provided by 'martin08' of the Gunboards forums] 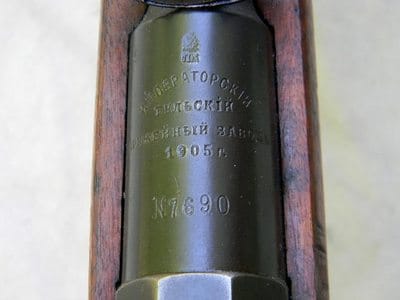 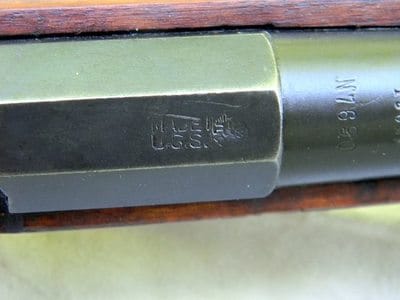 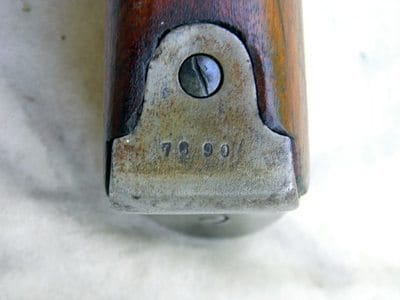 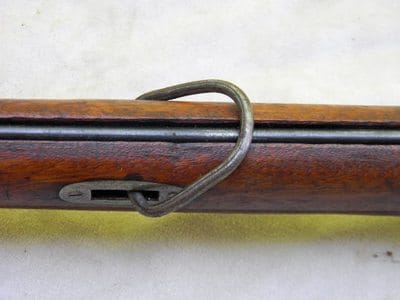 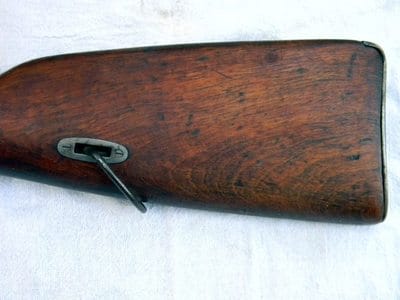 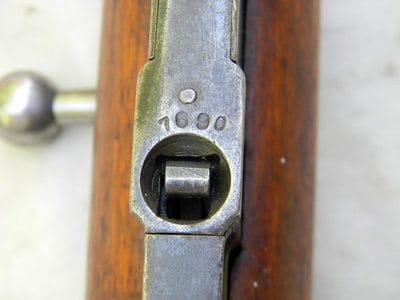 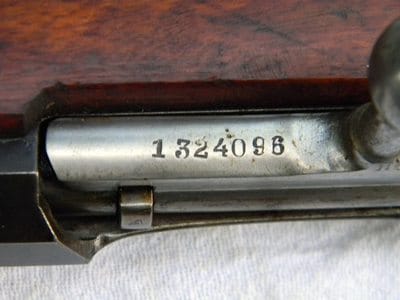 1924 Tula
This example of a SCW M91 comes in the form of a 1924 Tula. These 1920's dated M91's were among the last of the model produced in Russia. Given their limited use in the post-Revolution era they also would have been amongst the nicest condition of the M91's supplied to Spain. This example sports a clear "Made in USSR" stamp on the top of the receiver. [Photos provided by 'SSG_Lord' of the Gunboards forum] 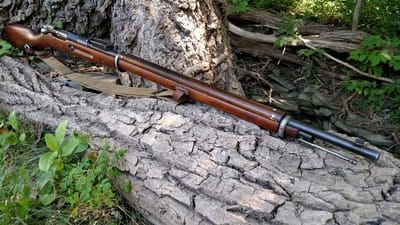 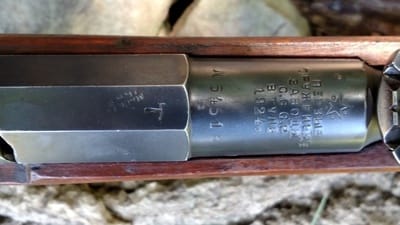 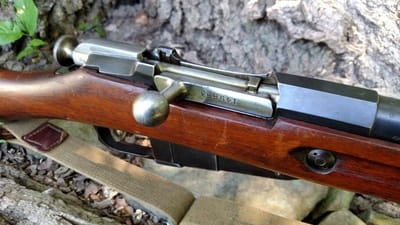 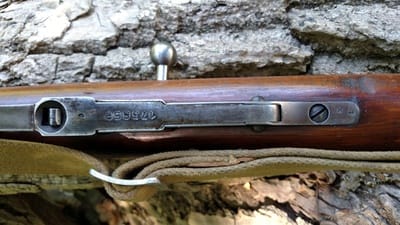 Numerous 1918 dated Remington rifles has been reported with Spanish markings. The interesting history of these rifles is detailed above. This particular example sports a Spanish replacement cleaning rod and an "MP8" cartouche on the stock. [Photos provided by 'BeSwift' of the Gunboards.com forum] 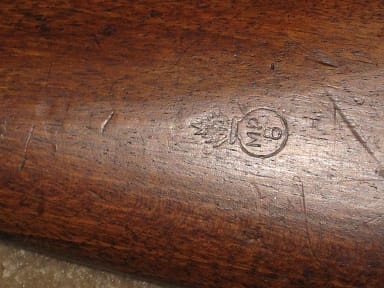 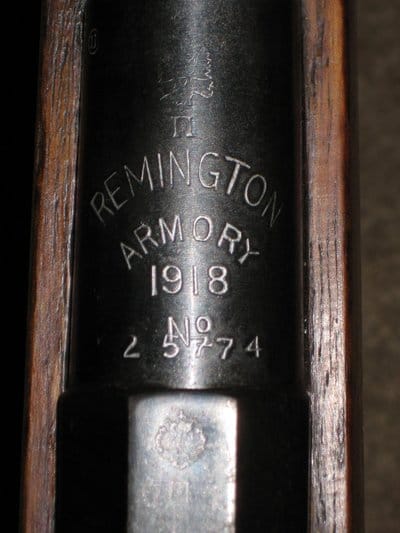